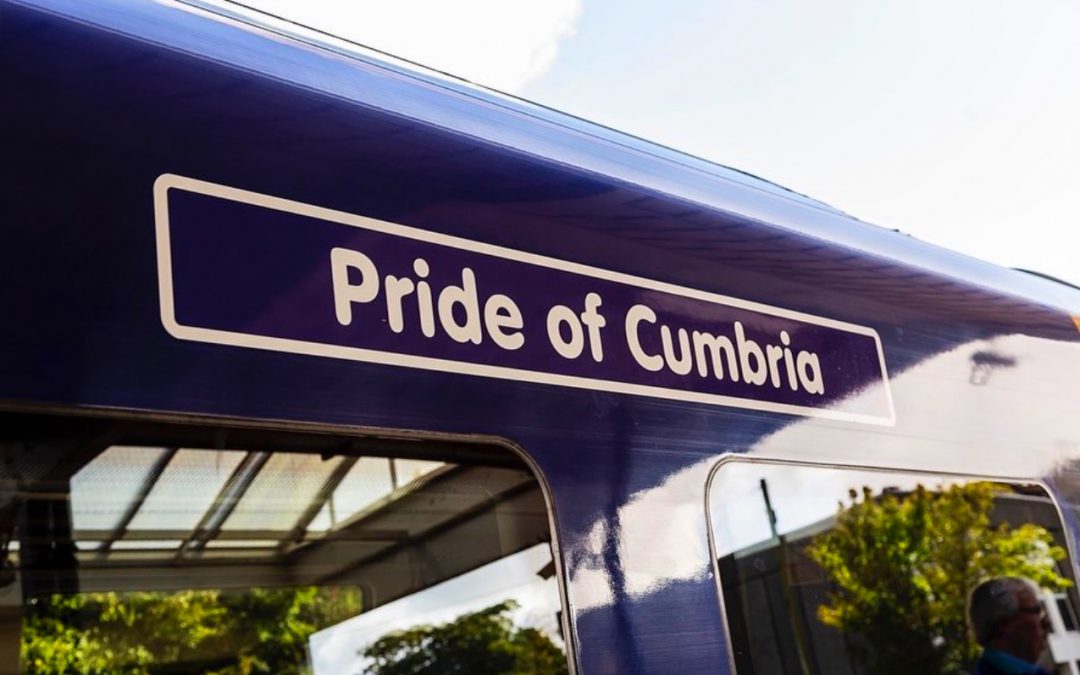 Today I was lucky enough to have been invited to the private Train naming ceremony which was held at Barrow-in-Furness station. I was excited & intrigued to attend as it’s not everyday you get an invite to such an occasion.

I have a formed a great relationship with Northern Rail & the rail community over this past year so to finally put names to faces & meet in person with some of the staff was really nice.

It was great to see one of the banners finally up with the design I created, celebrating 175 years of Furness Railway & Lakes line. This banner will be going up at 20 stations, running from Manchester to Cumbria.

I felt it only fitting to donate one of my ‘Grange-over-Sands’ glass framed prints to the 175 Committee as a thank you for being so supportive of my artwork. The Grange station has recently been named Best Small Station of the Year at the National Rail Awards. This artwork will now be going up at the Station & will be on show to the public.

Below are links to press releases from the event