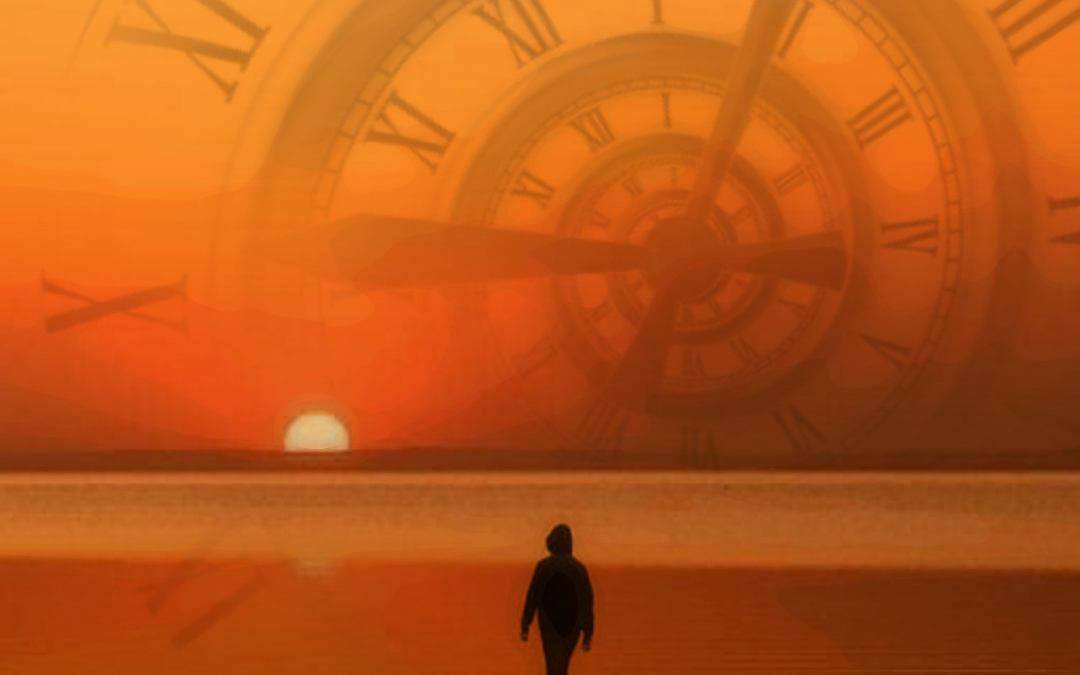 I was diagnosed with bipolar well over 10 years ago, just before what I call the ‘bipolar boom’ where it seemed everyone started to receive the diagnosis.

I was put on all types of meds throughout the years. Every combination you can think of which they can prescribe for bipolar possible. None of these combinations ever worked in stabilising my moods.

Some combinations I was taking was so strong I had no quality of life. I would take them in the morning, the affect would kick in around lunch time (where I would become like a zombie and barely be able to function), this would last till I went to sleep at night. Waking up in the morning I would feel groggy take my meds again, then just as the grogginess would ware off, I would be back in the cycle.

On one occasion this happened in-front of my dad & he said he seen my eyes roll in the back of my head & my whole demeanour change. Obviously, this wasn’t a healthy way of life or existence.

Years passed by living this way, trialling different medications with all types of side effects. Going to appointments with psychiatrists every couple of months to see how & if the meds was settling.

I was referred to CBT (Cognitive Behavioural Therapy) twice in all these years… The first time was in the early years of my diagnosis & I found it very helpful. The psychiatrist was German I think, & after our first initial hour session I came back & I felt she had broken my life down quite clearly as I saw it. The sessions were very stressful as you can imagine, talking about past issues & trauma, but I felt we was making progress. These sessions were cut short due to her having to move on. So, I was back to square one.

I think a couple of years later I slit my wrist in what I called a ‘manic high low phase’ (where I am manic with racing thoughts, but they are negative – as compared to the opposite ‘manic high positive’ feeling like superman). This is not what people tend to think of when someone tries to end their life as this was not the case. I believe I was in state of psychosis for a month or so before – this was apparent after when my house phone bill came & it was £80 but I had no recollection of using it. I asked my dad does he remember me calling him and he confirmed I was ringing him a lot which I have no recollection of.

The night I cut my wrist I was with two friend drinking and the topic of suicide came up – I think I must have brought it up as I was in that state of mind! I have always thought I would take my own life since as far back as being a young child & also obsessed with death.

The response from one of my friends during this conversation was that it was very selfish, so I was obviously debating the point. That person then said ‘well you wouldn’t do it’ to which I opened the kitchen drawer, pulled out a knife and continued to cut through my wrist repeatedly.

This was more of an act to prove a point to my friend but also because I was in such a mental state that I had to prove the point to myself I would do this – which I’d always said I would. I promised myself that when I did it, I would do it properly.

I was rushed to hospital & spent seven hours in surgery & five days on a ward. I cut through one of the two main nerves & now have limited use in my left hand

I spent the next few years with a different lot of medication thrown at me, being discharged & then re-referred onto the mental health team time & time again

Something was never right, there was always something missing. No medication I have ever taken has ever worked – apart from Diazepam which slows down what I called manic attacks. Apart from that nothing. All other medication I have taken before, the side effects added to my problems rather than helped.

I had to put numerous complaints in over the years through PALS (Patient Advice & Liaison Service). I think without going down this route I would not be where I am today.

The first time I was forced to do this was when my psychiatrist was speaking to me like a child & asking me ‘what do I want from them?’ That I had been with them for over 10 years, had all the medication combinations & what else do I think they can do for me? Obviously, this is not what any patient wants to hear when their only light of getting some type of help throws that at them. After that appointment I took my partner in the next time & we had written a page of questions out for him to run through which we felt needed answering (I also wanted to take my partner in as I wanted to make sure it wasn’t just me as he had me questioning my own judgement).

At the appointment (which I would normally attend on my own) myself & my partner took the A4 sheet with the questions on! Immediately he said ‘right, let’s address these questions!’. He went through them very regimented as he spoke to my partner like I wasn’t in the room. He also took the question sheet out to photocopy at the end of the appointment for his notes (however years later when I requested my files this wasn’t in them).

After my complaint, I was put with another psychiatrist who went through all my years of notes & suggested going for an Autism Assessment & also CAT (cognitive Analytical Therapy). Everything seemed to have a plan after the first initial appointments but then she couldn’t see me as she had to go back to Birch Hill hospital where she was based & I was at Middleton.

I was put under another Psychiatrist who I felt I didn’t have a rapport with & found him to be very blunt, but my focus was waiting on my CAT & Autism assessment with the LANCS team.

I knew there was quite a wait for both, so in the meantime the psychiatrist was back to tweaking my meds in-between seeing my key worker.

My partner usually deals with my appointments a lot of the time as I get anxiety dealing with them, plus she takes me to & from them so it’s easier for her to arrange. On this occasion she had to cancel & rearrange my appointment with the secretary, to which the secretary rearranged my appointment. I then received a letter to say I had missed my appointments so therefore I would be discharged. Obviously, this caused massive amounts of stress. This sent me into a manic state, so I was back & forth on the phone, trying to get through to the person who had sent the letter.

After arguing my point with this person, they finally realised that the appointments had been rearranged, but in the conversation, I had mentioned about waiting on CAT to which they said I wasn’t on the list? I found this very confusing & distressing as for the past year or so this was the goal I was waiting for & was often a main point of discussion with my psychiatrist. Many of times throughout my appointments my psychiatrist said they was going to check on the waiting list to see where I was – clearly this couldn’t have been the case.

Again, I had to put a compliant in with PALS which is another lengthy process which is very stressful.

I received a call from the manager who said that they were very sorry & it had been a mix up with communication on their side – this Is clearly an issue which I have raised time & time again.

So not only was I nearly kicked off the CMHT (Community Mental Health Team) but I wasn’t even on the list for therapy – none of which was my fault.

The manager agreed that she would speak to the CAT team & they would put me up the list so I wouldn’t have lost the allocated position I should have been in. She also told me she would take over as my Care worker plus put me back with the psychiatrist who originally suggested the CAT & Autism assessment, but I would have to go to Birch Hill.

So finally, I had my Autism Assessment around the time I started the CAT therapy.

The Autism assessment suggested I shown strong signs of high functioning Autism – something I wasn’t aware of.

I suggested this to my psychologist who I was seeing for the CAT & she strongly agreed & changed her approach to her usual process.

Due to covid my therapy went on all through 2020 which really helped me assess my condition. I feel that what I would normally call mania can also be explained as meltdowns which to me makes far more sense. As I never knew much about autism (especially high functioning) it was a big learning curve & also felt like it was a big piece to the puzzle. The more I learned the more it all made sense & I am surprised it has never been picked up before in all the years of assessments.

My psychiatrist had already given me the diagnosis of autism to go with my diagnosis of bipolar, so she was ready to discharge me as I was waiting to go across to the LANCS team – even though this wasn’t a given & I was still really in the assessment process. I was discharged from the CMHT whilst waiting for my final diagnosis of Autism.

This was very stressful at this point as I was left out with no support. My psychiatrist said that she would send a letter to my GP & I was to contact them a week later to go through my case once they had received my discharge notes – three months have passed & my GP has only just received my notes after chasing this up numerous times. Note: my GP wouldn’t speak to me about my condition without first receiving my discharge letter.

My second assessment with the LANCS team was via video call due to covid. Again, very stressful to feel your diagnosis can be determined in the space of an hour call (which you obviously have to cover a lot) but is obviously necessary.

I received a call last week to explain that they have given me a full diagnosis of autism (high functioning) & that I will be referred to a life coach to hopefully give me some coping skills.

Obviously, I have far more stories about experiences with my condition (which I haven’t really gone into how much it affects me daily) & also situations where I feel I have been mistreated from the NHS, but I am focusing on the positive.

I wanted to share this point now as my condition is very complex, but I feel through fighting for what I believe we are all entitled to, which is a fair chance of the right treatment no matter how complicated, I have got to where I am now.

It’s not been easy and still isn’t, but we have to carry on one day at a time.

I created the picture shortly after receiving the call from LANCS with regards to my diagnosis of Autism. The picture is of a male silhouette which represents myself walking towards the sunset while the looming numbers of time whirl over me – representing from then till now.

I have always had an issue & fear of time & it’s power. Time dictates everything I believe – for better or for worse… It is the one thing that is eternal!

Hoping for good but expecting ups & downs… life’s journey, only time will tell!