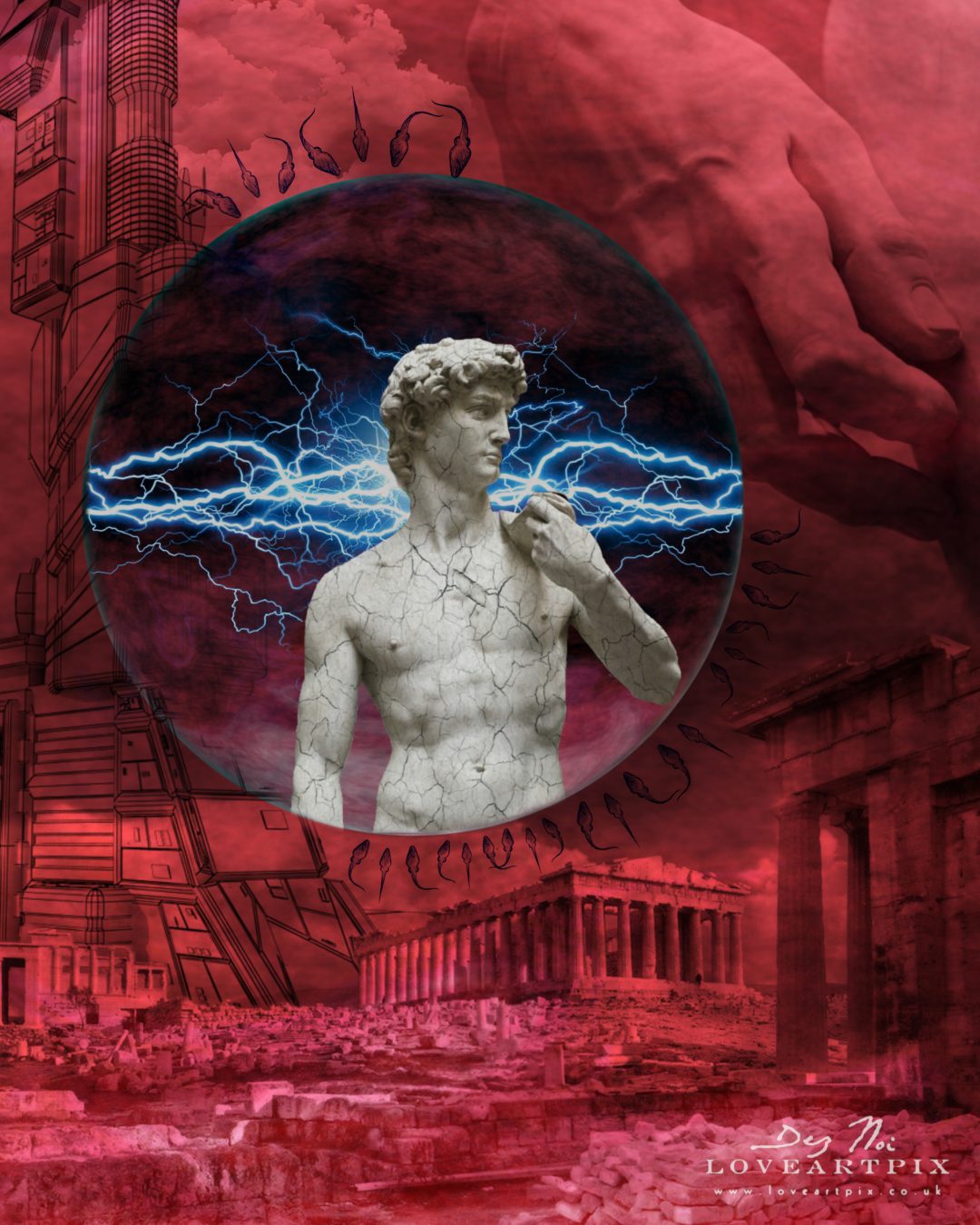 The statue of David embodies the city of Florence, symbolising independence & strength in the perfect image of youthful beauty. Michelangelos David took on new meaning shortly after its creation as both a symbol of the renaissance & a representation of the city itself.

After reading that quote i wanted to create an image which represented old & new & show how nothing lasts forever. The cracks in the statue which once represented the vision of youthful beauty. The modern city in the background with the city ruins below.