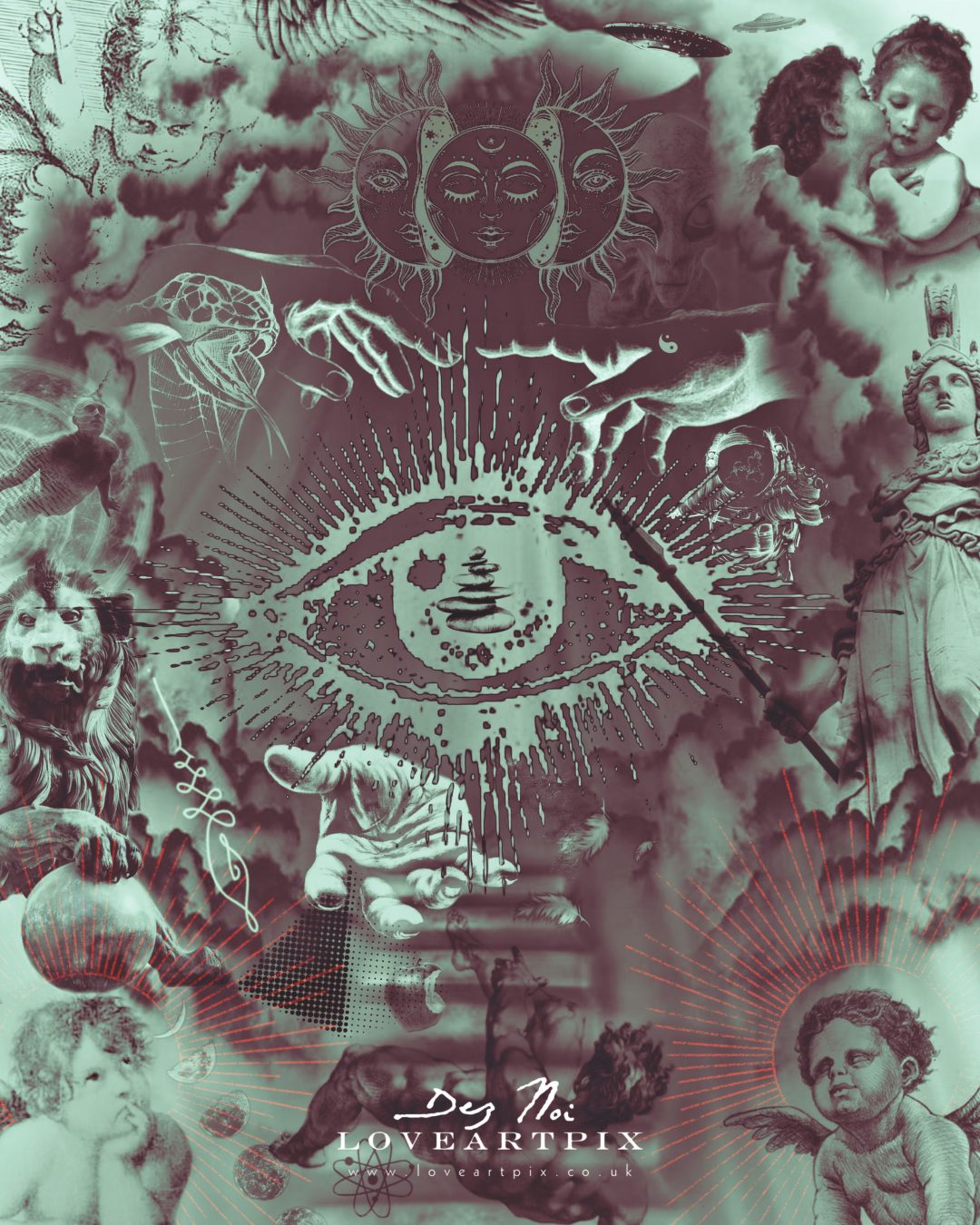 I created this piece when my mind was wondering, thinking about the world, existence & what we know. So many contradictions when you study the past, & definitely in our present.. Is it done on purpose or lost in translation through the years?

Throughout history, many story’s come up over & over in different civilisations. Words are played with & reinvented but still share common factors. Is there ‘A’ God? Is there other life? Do aliens exist? Are they one & the same?

A lot of the descriptions past through different ages & civilisations share similar ideals. My belief (which is alway subject to change) is that there are other forms of life which have played there part throughout history & continue to do so. Words like God, Aliens, angels etc are just words that was used at the times which describe the same thing. The noun definition for alien is ‘a hypothetical or fictional being from another world’ & God (in Christianity & other monotheistic religions) is the creator of the universe & all in it – so therefore not of earth which makes him Alien. Is this a play with words & so far out from the mark or is it the truth?

In this picture I have created, I tried to show many different aspects of this but tried to give it an old & Devine look. I have used a lot of symbols which indicate to myths or other meanings to create this image & give it more depth.

What do you see in this picture & what are your feelings on this topic which is older than time?