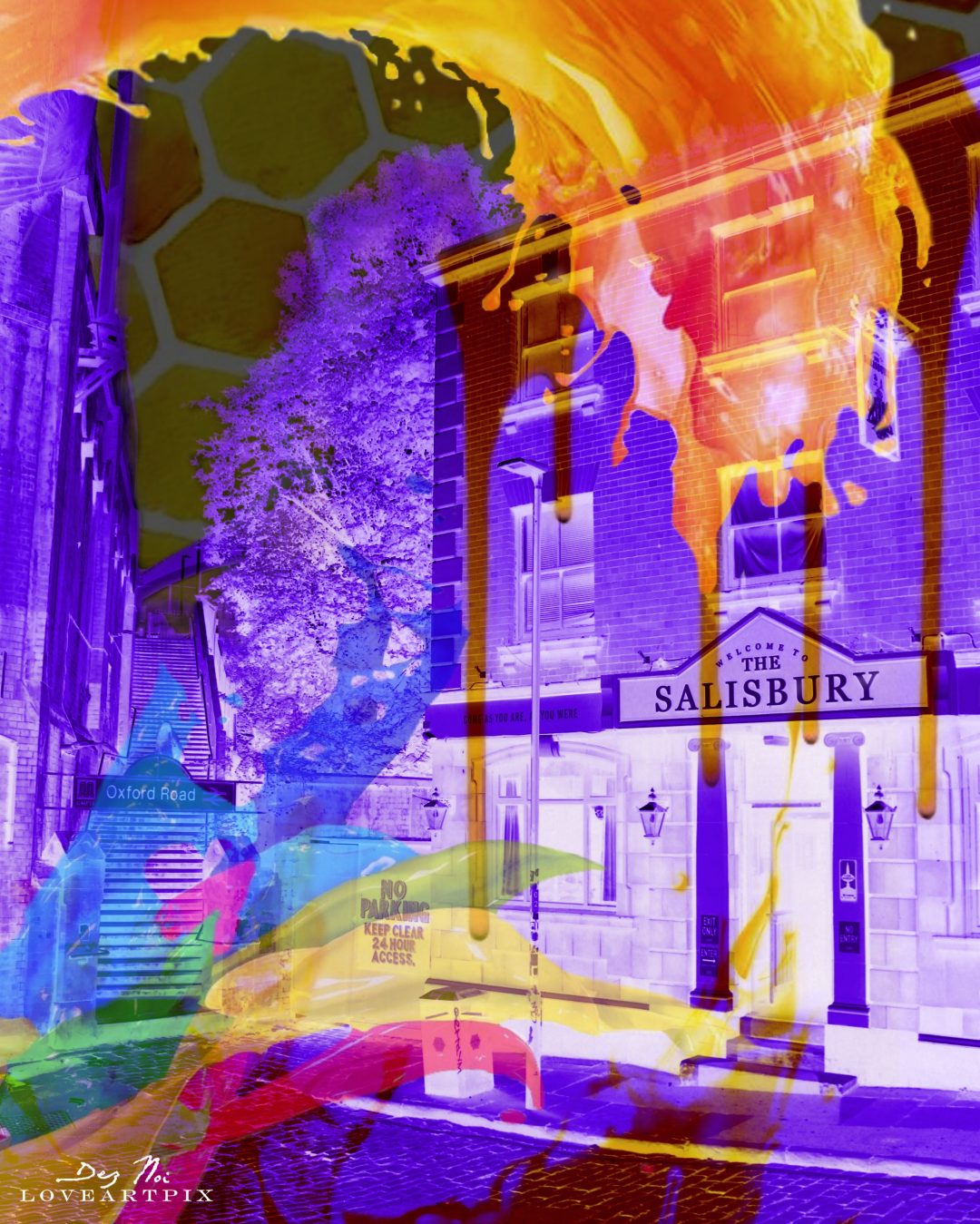 Another one of Manchester’s legendary public houses. I love this photograph & the way the steps lead up & into the distance. This small street in Manchester has a very olde worlde vibe about it which is very picturesque. I tried to get a different angle of the street to which I have previously seen as I had a different image in mind of what I wanted to create from my usual. This is different to anything I have tried before and wanted to experiment with colours but still add the Manchester bee vibe which is why I added the honeycomb sky. I tried to get the colours to look like they was splashing & flowing down the building & onto the cobbles – I used the predominant yellow/orange to also give it the feel & look of honey but then the blast of colours to brighten up the picture.